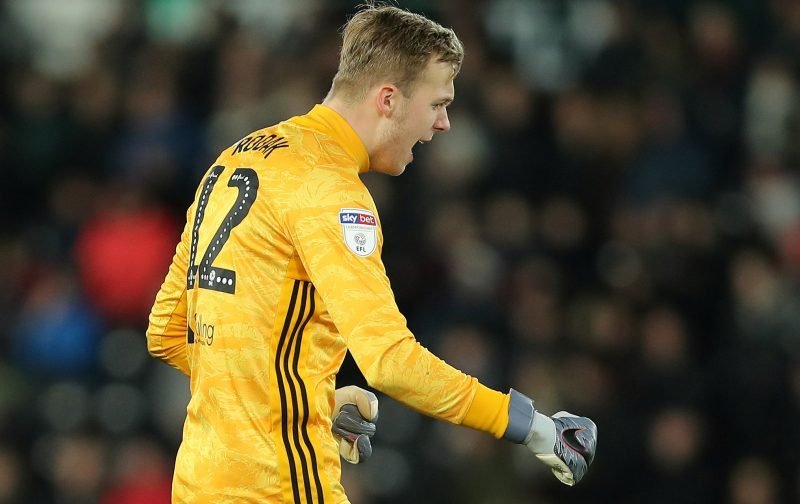 Yet again the Cottagers started the match with no purpose other than to keep possession and stop this ‘irrepressible’ (Parker’s pre-match warning) Derby side from scoring. This they managed for the first 45 minutes in a boring fashion, with Rodak keeping the score-line blank.

Within ten minutes of the restart, Ream was guilty of an unlucky ball to arm which led to Derby being awarded a penalty. Up stepped Wayne Rooney to send Rodak the wrong way before chipping the ball into the opposite corner of the net.

It wasn’t until the 65th minute before Knockaert and Johansen were replaced by Cavaleiro and Kamara that Fulham began to move forward and try to attack Derby. Within five minutes of the substitutions, Kamara provided a perfect cross that leading scorer Mitrovic calmly placed in the left corner of Derby’s net to equalise.

The game suddenly came to life with both sides going for the winner. It was Derby that ended the match stronger and Fulham had Rodak to thank for some wonderful saves to take a point.

For all watching the match, this display from Fulham has shown (together with recent performances) that this team is not promotion material, especially using the tactics they have been ordered to deploy. A team seeking a place back in the Premier League need to move the ball much quicker forward. They rarely find leading scorer Mitrovic, who has kept his side in a position in the table they hardly look like deserving.

With the remaining games left, Fulham will be lucky to finish in the top six. Maybe until the side changes tactics/manager it would be best to stay in the Championship. I would rather get promoted with a team that looks capable of holding their own in the Premier League, rather than one like
last season.