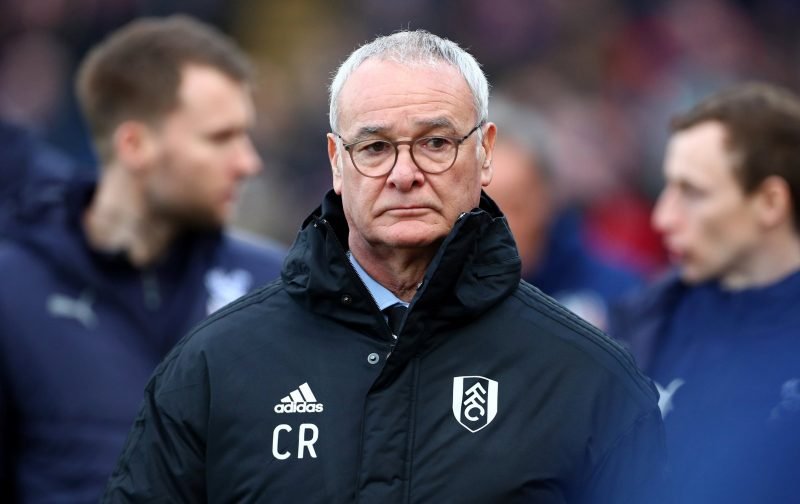 When Slavisa Jokanovic was axed and the decision was made to hire Claudio Ranieri, the media let slip that the 67-year-old Italian was on a £1 million bonus to keep Fulham Football Club in the Premier League.

Considering our current predicament, whereby we look doomed to a quick return to the Championship, that figure would have been a small price to pay to ensure we remained in the top-flight.

But, now having been axed himself, Ranieri will not be receiving that bonus.

However, the tabloid publication, the Sun, is reporting that Fulham, when they appointed Ranieri, also made provisions in case, as turned out to be the case, Ranieri didn’t prove to be the ideal appointment.

When, a week or so ago, it was decided, by the club hierarchy, to sack Ranieri it was believed that such a move would require the club to pay the Italian the rest of his contract salary as severance pay.

But, our referenced source is pointing out that Fulham will not be liable for the £2 million salary Ranieri would have earned for next season as his contract contained a clause negating such a payment if he were axed whilst the club occupied one of the three Premier League relegation places.

Whilst admitting that I have admiration for those that inserted that clause I also have concerns that when the club were making such a crucial appointment there was that nagging doubt, despite protestations to the contrary, Ranieri might not be able to drag us out of the mire we were in.

When Your Luck Is Out It Really Is Out