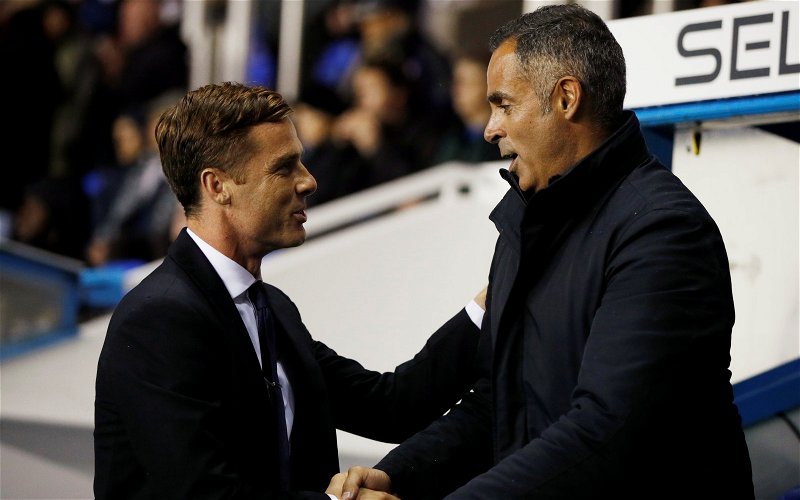 Appointing Scott Parker as the permanent manager of Fulham Football Club, after Claudio Ranieri failed so miserably, was always going to carry an element of risk.

After all, although Scott had earned respect as a coach it is a completely different kettle of fish to step into a managerial hot seat.

But, 10 games into the 2019 / 2020 Championship season, it is looking as if Scott has settled into the role with aplomb.

Two wins in a matter of days, against Wigan and Reading, have seen Fulham ease into the top-four and handily placed to mount a promotion campaign.

Following the 4-1 mauling of Reading and as reported by The BBC, Scott had this to say about the fine win away from home:

“I’m pleased to come away from tonight with an outstanding performance.

“I felt we were first-class from the minute it started until the end, against a resilient side. We moved the ball and were clinical in attack.”

Indeed, we were, although we may have complained, previously this season, about our game being too slow on occasions when we’ve been in possession, last night showed just how the side can play.

“Tom and Aleksandar are going to be key for us, alongside everyone.”

For me, Cairney and Mitrovic were the two outstanding players on the pitch, something that may not have been possible with both being the subject of transfer rumours after our relegation from the Premier League last May. Thankfully, just like us, they love the club.

But, if we are to mount a serious promotion challenge, it is essential that the defence shows the tightness needed to restrict the number of goals conceded, something we couldn’t do in the Premier league and something that cost us dearly.

Last night, although we conceded a late goal, the defence did look solid, causing Scott to further add in his after-match interview:

“Defensively as well, we worked together as a unit and we are strong in that sense. Confidence is high and the lads are in a good place.”

Next up is a home fixture against our London rivals, Charlton Athletic, bring it on!