Tottenham Might Not Be Getting Their Hands On Sessegnon After All 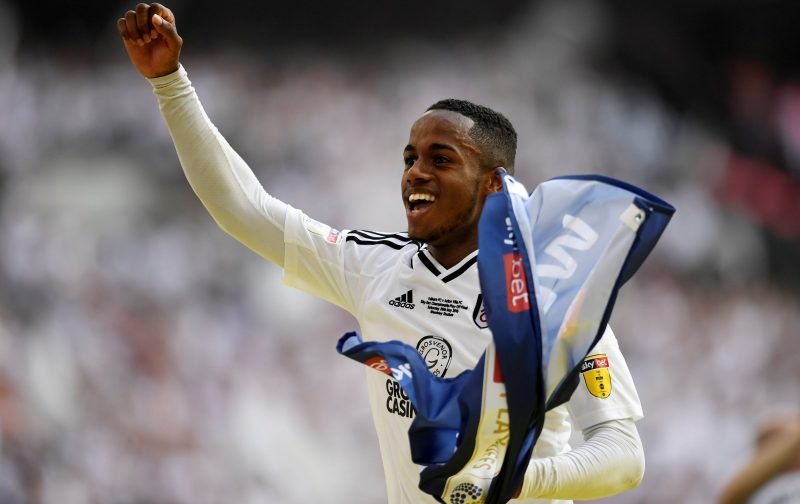 When it comes to where Ryan Sessegnon might be playing his football, next season, early media speculation suggests that Tottenham Hotspur are favourites to sign the 18-year-old.

Indeed, it is something that, previously, here at Vital Fulham, we’ve commented on, Click Here.

However, according to a piece of speculation that has emerged today, courtesy of the Express, our talented teenager might be leaving English football.

Our referenced source is championing the inference that Juventus are looking to seriously challenge Tottenham Hotspur when it comes to signing the player.

Which leads me up to the perfect point whereby I’d like your opinions on the possible departure of Ryan.

Would, if the player is to be sold, prefer to see him join Tottenham Hotspur or Juventus?

Feel free to simply drop your preferred option in the comment facility beneath this article, we’re interested to see which way this one goes when it comes to your opinions.