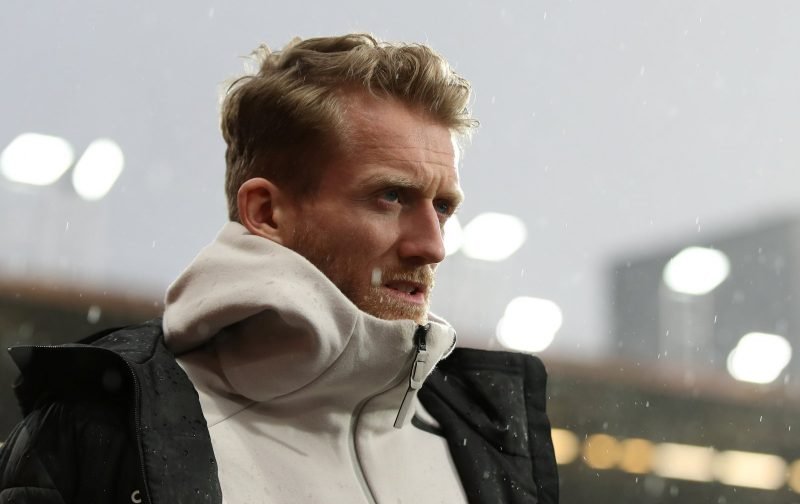 With our Premier League fate now sealed and with Fulham Football Club having to contemplate life back in the Championship next season, it remains to be seen which of the current squad will still be with us come August.

Already, earlier this week, Click Here, we’ve covered how interest is growing in luring Ryan Sessegnon away from Craven Cottage, something which will be a sad day if it happens.

But, we’re pretty sure that there will be an exodus as the club look to start rebuilding whilst also cutting costs when it comes to the wage bill.

One player who we don’t expect to be around next August is Andre Schurrle, something the tabloid publication, the
Sun, has covered with it being inferred the German World Cup winner will see his loan spell ended a year early with the player returning to his parent club, Borussia Dortmund.

Schurrle, as far as I’m concerned, falls into that category of players that arrived in the summer but who failed to deliver.

Okay, Schurrle may have impressed on the odd brief occasion but the Premier League requires a high level of consistency, something Schurrle never demonstrated.

Therefore, we have to accept that his departure is inevitable and something I’ll not be mourning, how about you?

Are We Counting The Days Until One Of Fulham’s Own Jumps Ship?