Opinion: Fulham must surely have better options available after this man’s horror show on Sunday 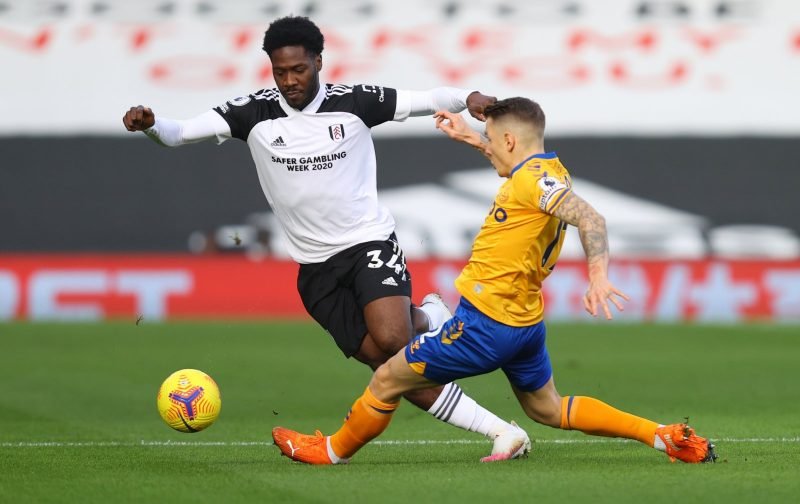 It feels harsh writing something like this, because I know he’s not the only one at fault for where we are.

But at the same time, Ola Aina’s display against Everton was arguably one of the worst individual performances when it comes to keeping things out of the net that I’ve seen in a long time. If you take a look at the three goals that we conceded at the weekend, he can take a lot of blame for the majority if not all of them.

First off he gives the ball away under pressure, you can make the argument that Tosin Adarabioyo could have given him a better pass, but at the same time he could have dealt with it a lot better by going to the ball rather than waiting and letting it nearly bounce over him. Secondly he was way out of position for the other two goals allowing Everton to cross the ball into the box at their leisure and find their men to score the second and third.

We know that he is very useful to us going forward, ranking in the top ten for the team in terms of key passes, average passes and dribbles per game, and scoring a great goal against West Bromwich Albion a few weeks back but that can’t be allowed to overshadow that he just isn’t there defensively, and was arguably one of the main reasons we lost on Sunday.

I understand that we are only seeing him because Kenny Tete is currently out nursing a calf injury, but at the same time I don’t see how he is seen as the only option that we have any why Scott Parker is sticking with him. Whilst he might not be as spritely as he once was, it would be interesting to see if Denis Odoi could do a better job of holding down the fort at this stage of the season.

If Aina is really just a stop gap until Tete comes back, then I think we need to explore other options to see who else can take up that role, starting with the Leicester City game next Monday.

What about you? Do you think Aina should be dropped going forward? Or should he keep his place?