Opinion: Fulham hand out new contracts to deserving players, but it still raises some questions

I know it’s cliché, but it really did feel like the scene from Oprah where everybody gets a car.

Only this time it was contract extensions. I’ll let you guys decide which was the more exciting giveaway. The club announced yesterday that Denis Odoi, Joe Bryan and Josh Onomah have all been handed contract extensions by the club in one form or another, keeping them at the club until the summers of 2022, 2023 and 2023 respectively.

I’ve sort of got mixed feelings about these deals. I’ve made my views about the Odoi deal very clear in the past, and so long as the club can stick to the philosophy detailed in that article then I think it’s an incredibly shrewd bit of business by the club.

Does Odoi deserve his new deal? 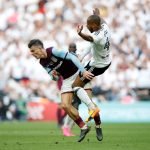 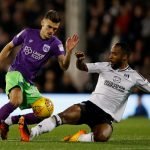 The other two though I feel need a bit more attention. Onamah’s in particular makes perfect sense when you consider how important he has become in the past few months to the team, so tying him down and making sure his long-term is secure, potentially as a replacement for Tom Cairney is an excellent move and is a great show of faith for the effort he put in.

Bryan’s though is a little bit more of a head-scratcher, mainly because of the impact that it could have on new signing Antonee Robinson. How is that going to make him feel that the person he was brought in to compete with/supplement has just been handed a new deal? Now don’t get me wrong, I would rather Bryan over Robinson any day of the week, he’s far more experienced and if you compare their contributions last season, Bryan offers far more than Robinson.

I just feel that the timing of it raises a few questions as to how the plan intend to use both of them heading forward.

What about you? What do you make of the news regarding the three new deals? Who would you like to see get a new contract next?