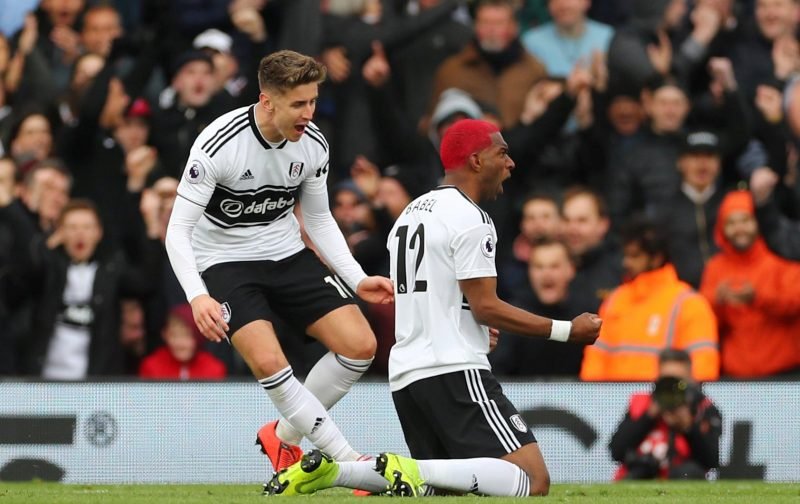 Three wins on the bounce for Fulham with NO goals conceded.

If the results were not really meaningless, it would have been party time at Craven Cottage.

Cardiff City came to South West London knowing a win was vitally important if they were to keep any hopes of avoiding relegation alive. They started well, causing the home side problems each time they attacked, but lacked the final ball needed to open the scoring.

Fulham began a bit nervously, often giving the ball away with some simple passing going astray. After around 20 minutes, Fulham’s Le Marchand swung his boot aimlessly, hitting team-mate Denis Odoi in the chest causing what looked like a serious injury while the defender was aiming a diving header back towards goalie Rico. It resulted in a long stoppage while both sets of trainers and St John’s Ambulance staff assisted. Odoi was given an oxygen mask and carried off on a stretcher, to be replaced by Cyrus Christie. 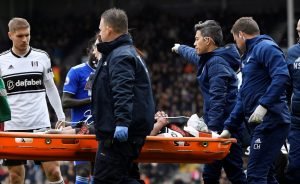 With the long-awaited return of Mawson, who started on the bench but came on after 85 minutes replacing Ryan Sessegnon, it would have been a marked improvement if he had started the match in place of Le Marchand. The partnership at centre-back with Tim Ream has not worked well all season, with the Frenchman often guilty of misplaced passes and poor defensive discipline.

The second period started much stronger for Fulham who began passing the ball much quicker and with more purpose. It was the home side that looked the team most likely to score, as Cardiff seemed happy to sit back and soak up the pressure. These tactics worked until the 79th minute when Fulham defender Christie made a strong run from within his own half and cleverly spotted Ryan Babel approaching the box. A nice pass, and without a second thought Babel curled the ball high into the top left side of Etherington’s goal from 25 yards out. A scorcher of a goal!

At last, with nothing to lose, Cardiff started to attack Fulham. Rico was called into action for the first time on a couple of occasions pulling off a couple of fine saves. Fulham managed to hold on to the lead and take their best run of the season with three back to back wins and no goals conceded.

Scott Parker must now be given the chance he deserves to help Fulham make a prompt return to the Premier League as manager. It will be a difficult season ahead, but let’s get behind him with all our support.

As I write, Brighton have just earned a point at home to Newcastle giving them a four-point gap over Cardiff and a twenty-goal difference in their favour. Cardiff would need to beat Palace at home and Man Utd away, while Brighton would, therefore, need two more points in their remaining two fixtures away to Arsenal and home to Man City. Cardiff’s escape would be a miracle!

Great News To Hear Denis Odoi Is Fit And Well

Whatever your opinion is of Denis, he is one of just a few that has given Fulham 100% effort in every game he has played. It’s a shame the same could not be said of many of the others.

I wish you well Denis and hope to see you playing for us again next season.