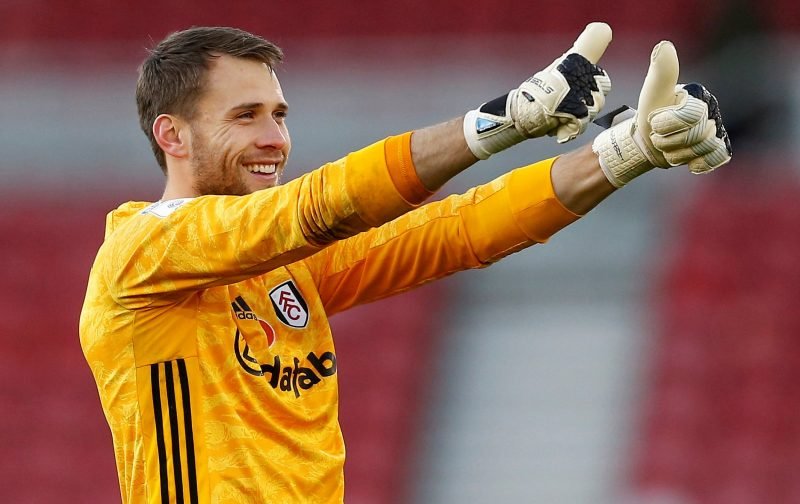 Soccer managers bang on these days about the lack of loyalty shown by professional players.

Here at Fulham FC, we have a shining example of loyalty to one club. Marcus Bettinelli came through the ranks at Craven Cottage starting as a youth player. He has only been with Fulham, and now at the age of 27, must feel his chances of first-team football at his club virtually zero, unless the club’s new number one Rodak suffers an injury.

Most bosses would have given their second keeper a game in the FA Cup, but Fulham manager Scott Parker must have been worried about yet another defeat and chose to stick with Rodak.

Admittedly the young Rodak has done extremely well when given his chance, and for now, will be the club’s number one. Bettinelli on the other hand, a former England U21 International, is a good keeper. His shot-stopping is superb, but with Parker’s insistence on possession, sometimes his passing abilities have let him down. Yet, if players sit too many games keeping the bench warm, there comes a time when they believe that there must be other clubs that would need their services.

I personally hope that Bettinelli gets another chance to prove himself at Fulham, as goalkeepers of his quality are hard to find, especially those that are so loyal to one club. Hopefully, as with Kamara and McDonald, Tony Khan admirably awarded them both new contracts, he does the same with Marcus, to prove the club still wants him. He thoroughly deserves that at the least.