Fulham Should Let Ryan Sessegnon Go To Spurs Or Liverpool If……. 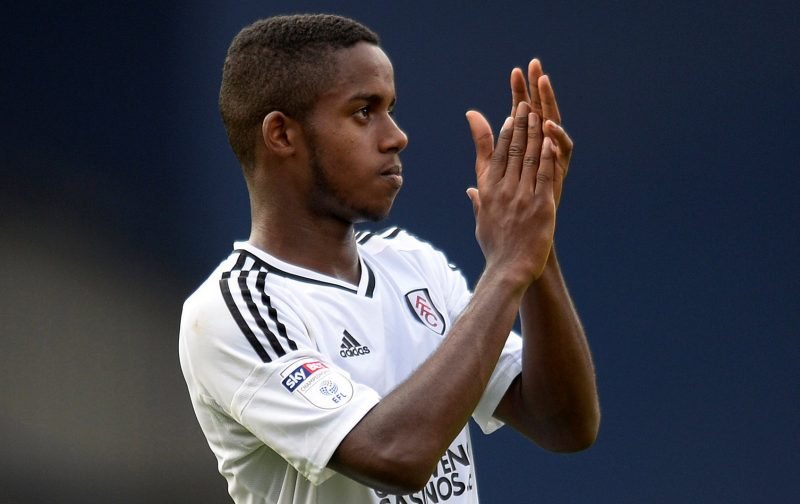 With just one further year left on his contract at Fulham, young talented star player Ryan Sessegnon should be allowed to leave the club he and his twin brother Stephen have learnt their football from.

But on one condition only. That is whichever club is willing to pay £50m for his services, and will loan him back to Fulham for the 2019/2020 season.

In harsh reality, should Spurs or Liverpool come in for him, he is liable to spend the first season with his new club warming the bench. Watching his performances when chosen this season for Fulham, he has failed to live up to his reputation that he showed the previous year, albeit in the Championship, which is a far cry from the tough life in the Premier League.

It would be a win-win situation for buyer and seller as Sessegnon knows this league well, and was probably the best player of the year last season in the division. He needs to go back to grass roots and start performing how he did for Fulham, helping them achieve promotion last time around.

He would help the Cottagers in their aim for a swift return to the EPL, and by playing regularly would prove why he was worth the £50m investment, one year on.

Fulham need to play their cards wisely, as letting this talented youngster leave for any less just because his contract expires in a year, plays into the hands of the big clubs. They should hold on to him until this figure is offered. If it isn’t, it will be during next season when his skills will again come apparent for all to see. That is when there could be a bidding war for Ryan Sessegnon.

If, on the other hand, the player should want to stay with his brother at Craven Cottage, then I would be the first to support this, and ask club owner Mr Khan to dig deep in his pockets and offer him a fantastic deal.

If Fulham were promoted again next season, Ryan Sessegnon would be stronger, older and wiser, and ready to take the Premier League by storm.

Keeping Sessegnon, Cairney & Mitrovic would prove to Fulham fans just how much Mr Khan really does want success for our great club. It would also give us the best opportunity to bounce straight back up, where we belong, in the English Premier League.

3 Replies to “Fulham Should Let Ryan Sessegnon Go To Spurs Or Liverpool If…….”