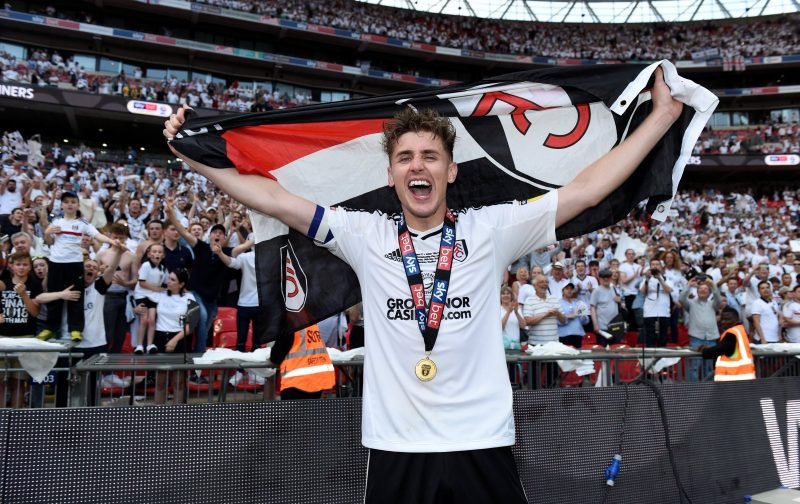 At Wembley, against Aston Villa in the Championship Final, Tom Cairney gave his usual assured and cultured performance in midfield.

The Scottish international, as we’ve come to expect, always looked as if he had more time on the ball than those around him and picked out several crucial passes.

For Tom, the icing on the cake came in the form of the winning goal, a superb finish after he’d timed his run in behind the Aston Villa defence to perfection to get on the end of a sublime pass from Ryan Sessegnon.

In scoring the goal, Cairney made history, becoming the first player in history to score a goal for the club at Wembley, a magnificent milestone that nobody can take away from the player.

HISTORY MAKER!@ThomasCairney, the only #Wembley goalscorer @FulhamFC have ever had….and the only one they needed today!⚽️#EFLPlayoffs pic.twitter.com/Md9JDZjCSd

After the game, Tom, like so many of our heroes on the pitch, was grabbed by the Sky Sports team for a quick interview, with the midfielder remarking,

“After we missed out on promotion last season, a lot of people wrote us off. We got a lot of stick. But football won today. Football win.

“I’ve been playing the whole season not fully fit. My knee still hurts not.

“But my manager said he needed me so I just played. I’ll need the summer to rest and get fit.”

Interestingly, Tom’s return to the first-team on a permanent basis coincided with an upturn in fortune for the club, no coincidence in my opinion.

Continuing to talk to the Sky Sports team, Tom enthused about the future he believes Fulham have, further adding,

“We knew we wouldn’t shrink in this environment. The pitch suits us, with the way we play football.

“In my eyes, over the past two seasons, we’ve been the best team in this league.

“I signed a contract extension for a reason. I believe what we’re doing here is something special.”

We are and the journey has only just begun.