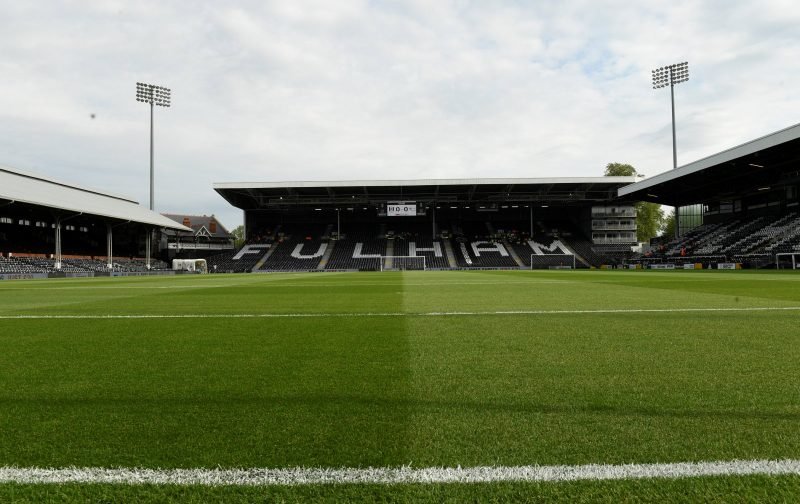 With Fulham struggling once again to make ground on the top two with a lacklustre performance in attack in their 1-1 draw at Bristol City, it seems automatic promotion has all but gone this season.

Captain Tom Cairney and goalkeeper Rodak were the only two players that really stood out in yet another poor display from the Whites strikers. The team lack cohesion when attacking the opposition. A perfect example was following a corner in the second half to Bristol City. Fulham pushing for the first goal decided to throw virtually every player up barring the not quickest defender Tim Ream left alone to cover.

Pretty obvious what was likely if City cleared the ball, which they did. Three strikers broke the fastest leaving poor Ream having to cope on his own against them all. Luckily the ball was not squared before Ream managed to get a foot in to avoid a certain goal for the home side, although they won a corner. Poor defending from the Fulham defenders not clearing the ball after two to three chances to do so, ended in a simple header for Wells after 70 mins to put City ahead.

Fourteen minutes later Cairney (back at his best in recent games), created and tucked away a peach of a goal finding the bottom corner of City’s net. This was to be one of the only real goal scoring opportunities Fulham managed in the whole match.

Fulham will look back and feel like another two points dropped against a team that we should have beaten comfortably. This, unfortunately, has been the trend all too often this season. We may have tightened the defence, but with the quality of players we have available, we have never looked like a side capable of thrashing anyone, apart from the 4-0 demolition of a very poor Millwall team early in the season.

There is good news and not so good news though for our beloved Fulham. We will in my opinion, apart from suffering a total collapse during the final nine games left, be in the Play-Offs again. The not so good news is, we have now lost the race for automatic promotion. Leeds and WBA have it virtually sewn up.

Here are some stats that show what Fulham need to finish in the top six;

We currently have 64 points. The team in 7th place are Bristol City with 55 pts. So we are 9 points above the highest team just below a Play-Off spot. If Bristol City managed a massive 18 pts from their last 9 games, (which would be say 5 wins, 3 draws and 1 defeat, highly unlikely) that would give them 73 pts in total.

We would therefore only need another 10 points to guarantee our Play-Off position. That would require 3 wins, 1 draw and allow us 5 defeats from our final 9 games to achieve this. More than likely we will reach the top six place with 9 points or less needed. If we cannot average one point a match, then we definitely wouldn’t deserve a Play-Off spot this year.

On current form over the last 5 league games, only Leeds have managed 5 wins. The next in form team have been QPR, with 3 wins and 2 draws. They are currently in 12th place with 50 pts, just 6 behind Preston in 6th. Wigan are third in current form but lay in 20th position on 41 pts. Too late for top six but look healthy enough to avoid the drop.

My pre-season prediction for the top six were Leeds and WBA in 1st and 2nd, with Fulham, Forest, Cardiff and Derby in Play-Off positions. Well I may not be too far off but predict Brentford, if they don’t throw another wobbly finishing 3rd, Fulham 4th and watch out for the late runners Cardiff, and even Derby challenging Forest for 5th and 6th.

At the bottom currently are all the three teams promoted last season, Charlton, Luton and Barnsley. Out of those, I predict the only one that may avoid the drop could be Charlton. That is due to the downfall of Hull City. They looked at the end of 2019 as possible top six contenders, but the club have let down their supporters by selling their top two players, Bowen and Grosicki. This signalled the white flag, and they have lost their last four games.

Whatever happens to our Fulham team come the end of the season, it will have been 100% better than the miserable season we endured in the Premier League last year.