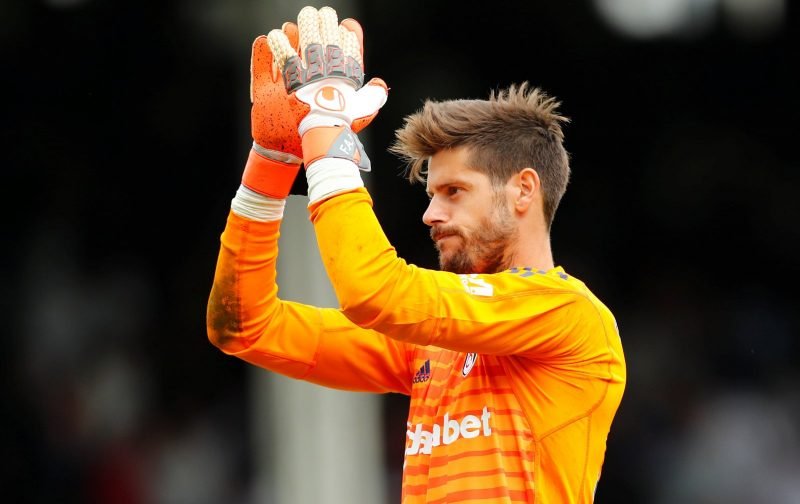 Perhaps the folly in which Fulham went about their transfer business, back in the summer of 2018, is perfectly illustrated by the scenario represented by our Spanish keeper, Fabri.

Back in the heady summer of 2018, with Fulham having earned a return to the Premier League, the club went on a summer spending spree the like of which we’d never witnessed before.

The idea was to bring to Craven Cottage enough talent to not only stave off the instant return to the Championship but see the club finish in a respectable mid-table position.

Well, that was the plan but the rest, as they say, is history.

One of those signed by the club was the Spanish keeper, Fabri, who joined Fulham from the Turkish side, Besiktas, with a fee, said to be in the region of £5 million changing hands.

Yesterday, with the European transfer window slamming shut, Fabri, as reported by The BBC, moved to Real Mallorca on a season-long deal.

So, what did Fulham get for their initial £5 million investment?

Not a lot it would appear with the keeper making appearances in the first two Premier League games of the 2018 / 2019 season and nothing since.

The sheer folly of last season highlighted in one article.