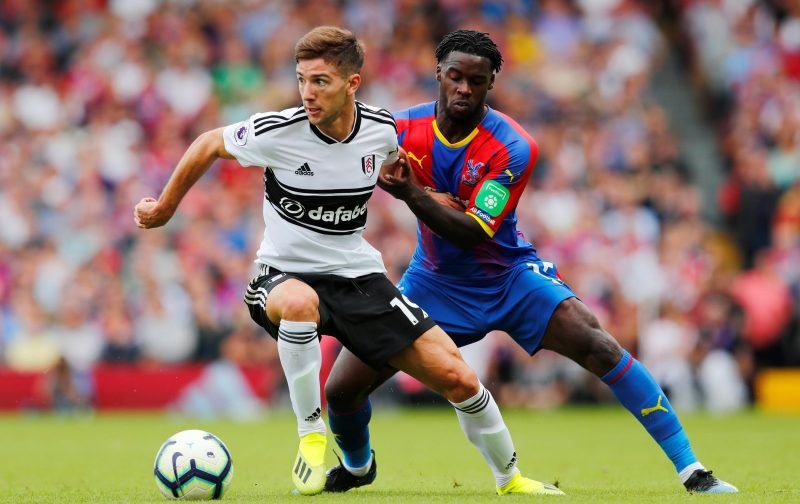 Yesterday, at a full to capacity Craven Cottage, Fulham made a welcome return to the Premier League, unfortunately, our visitors spoilt the party.

After dominating large parts of the game Fulham found that when it comes to life in the top-flight, it’s all about taking your chances.

With Slavisa Jokanovic fielding seven of the plethora of summer signings, Fulham played some creative football utilising their slick passing and movement to engineer some chances on goal. But Wayne Hennessey, in the Palace goal, was in inspired form thwarting Aleksandar Mitrovic on two occasions and Cyrus Christie on another.

Palace, having been on the ropes, went into the break a goal to the good after a ball from Patrick van Aanholt found Jeffrey Schlupp who smashed the ball past Fabri.

The second half saw Fulham try to get back on level terms, but they were always susceptible to the counter-attack.

After Fulham had a penalty appeal turned down, Palace should have doubled their lead but Fabri somehow kept out Zaha’s shot with his legs.

But, that second goal was to come when Zaha collected a ball from Aaron Wan-Bissaka’s to net.

With just eleven minutes to play, Fulham couldn’t get back into the match and it was Palace that took the three points on offer.

Next up for Fulham, in the Premier League, is a trip to Wembley, next weekend, to take on Tottenham Hotspur.