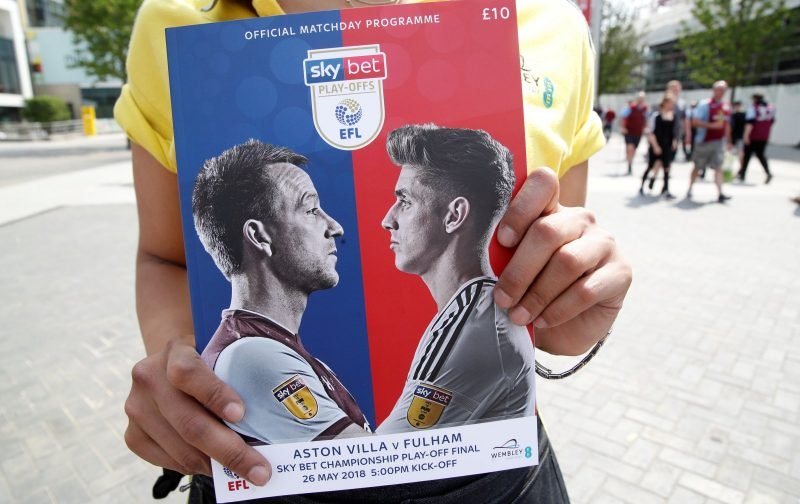 Our day of destiny is upon us, tonight we’ll either be dancing a jig of delight or slumped into the depths of despair.

After missing out on an automatic promotion place, Fulham take on Aston Villa, at Wembley Stadium, with the winner getting promoted to the Premier League game.

It is a one-off game that has the ultimate prize, no wonder my nerves are already shredded and the butterflies, in my stomach, have made even contemplating eating food an impossibility.

Wembley Stadium will be full to capacity for this game with 35,000 Fulham supporters hoping that today really is their day.

Visits to Wembley are particularly rare for Fulham, this is only the second ever occasion we’ve been there.

The only other occasion saw us lose the 1975 FA Cup Final to West Ham United, another side that plays in claret and blue, please don’t let that be a bad omen.

With the kick-off fast approaching, we are now able to bring you the official team-sheets:

Starting with the Cottagers:

Continuing with the Villains: